Can You See CD? 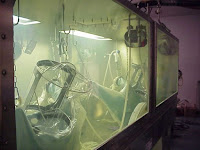 Chlorine dioxide (CD) is a greenish-yellow gas with a chlorine-like odor recognized since the beginning of the 20th century for its disinfecting properties. At every installation and service decontamination that we have done, people are always excited to see the room or chamber filled with the yellow-green gas. The visibility confirms the fact that chlorine dioxide gas gets great distribution. It also provides a safety advantage, as the gas is recognizable inside the space, so it is visually known to be unsafe to enter. 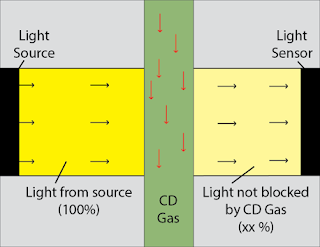 Due to its yellow-green color, chlorine dioxide gas can be measured using a highly accurate uv-vis spectrophotometer.  The photometer shines a light through a sample of chlorine dioxide gas taken from the area being decontaminated and measures how much light was absorbed by the CD Gas.  CD Gas becomes darker in color the higher the concentration becomes, which in turn blocks more of the source light.  The photometer then converts the amount of light absorbed into a numerical value for the CD Gas concentration.  This method of concentration monitoring is highly accurate as it focuses on a specific wavelength of light, and is able to handle fluctuations in concentration rapidly compared to chemical sensors.  Measuring the concentration of gas at a single location within a space is able to accurately provide the true concentration of gas at all locations within the space.

Learn more about the process and benefits of chlorine dioxide gas decontamination on November 13th or December 11th at our CD 101 webinar.