Chlorine Dioxide: What Does it Kill?

ClorDiSys' chlorine dioxide (CD) gas is registered with the United States Environmental Protection Agency as a sterilizer (EPA Reg#: 80802-1). The US EPA defines a sterilizer as able "to destroy or eliminate all forms of microbial life including fungi, viruses, and all forms of bacteria and their spores," meaning ClorDiSys' chlorine dioxide gas will inactivate any form of antimicrobial life including spores. Spores are among the hardest organisms to kill and for this reason sterilizing agents are considered the most rigorous decontaminating agents. The difference between spore and bacterial inactivation is the same as the difference between sterilization and disinfection. CD gas is also proven effective against beta-lactams, pinworm eggs, and amplicons. Testing has been done using chlorine dioxide on a multitude of specific organism types. A table with some of the more commonly seen organisms that chlorine dioxide has been proven to eliminate can be viewed here. As testing is constantly ongoing, this is not to be thought of as a complete list of organisms in which chlorine dioxide gas is effective against. To date, no organism tested against CD gas has proved resistant. 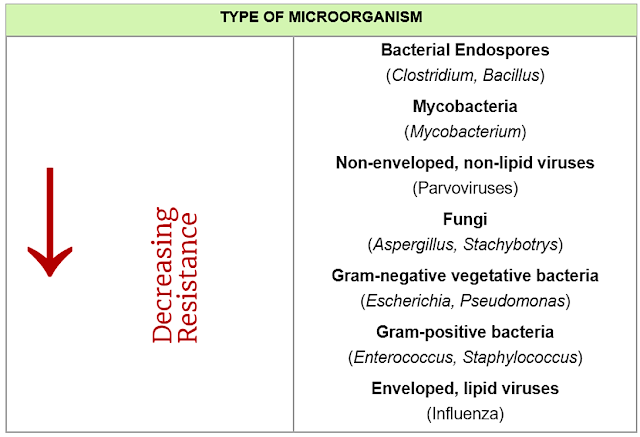